Court Status: Board is compiling a wish list of items needed/desired for the courts. We will see what the city is able and willing to contribute. This will take some time.

June 2: ATA Board meeting at noon; all members welcome.

June 12: Las Cruces Exchange, 9:00 in Alamogordo; sign up with John White or Evelyn Genta if you want to play, or send email to ATA. 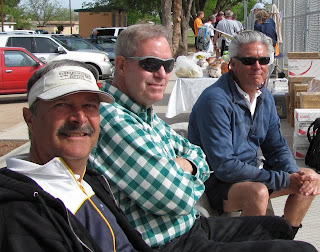 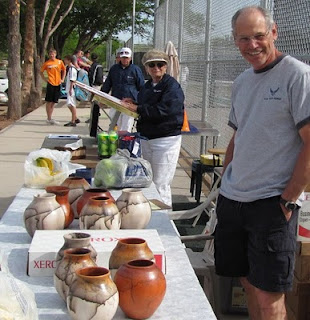 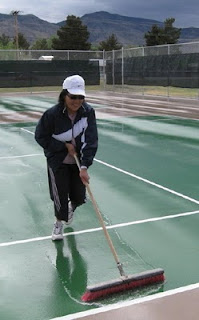 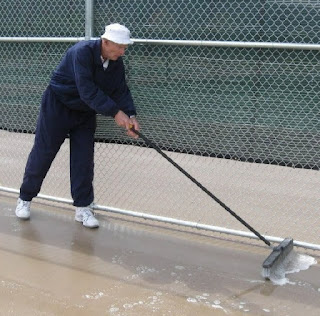 Despite a software crash the Thursday before the tournament, despite an unusual spring storm which dumped rain on the courts the morning of the tournament, despite more than expected entries with less than expected time on the courts, Grady and Nell and ATA pulled off a hugely successful open tournament. When the clouds opened up, again dumping rain, 10 minutes after the last ball was hit and seconds after the last empty pottery box was stashed in Nell’s van, it gave us pause to consider that a higher power had a hand in this one. It definitely was a team effort. John White and his truck, Rick Sotak and his potter’s wheel, Linda Gilliland & Pien Latham donating trophies, John Genta refurbishing Junior trophies, Neil Bottger and his accountability, Sandy Sanchez putting up trash bags, Nell’s geraniums, so many who showed up Sat. morning to help clear courts, all contributed to this successful event . . . again. And what a party! Thanks again to Joy and Darryl Gallent for hosting and cooking.

But, after 36 years, how much longer can we expect Grady to continue directing these tournaments? No one can replace Grady. No one wants to try. Perhaps we need to gather a team of committed members to tackle this problem. Food for thought . . .

The ATA managed a very successful 36th Annual Adult Open last month in spite of a 4 hour late start due to a heavy rain. Eighty-eight players, including 12 youths, representing 12 communities across New Mexico, Texas, Colorado, and Arizona competed in 12 Age group events, 8 non-sanctioned NTRP events, and 5 youth events. As has occurred several years running, unique and very popular pottery, made by ATA’s own Rick Sotak, was given as prizes to the winners and runner-ups. This was the first tournament held on our new courts, and everybody, hometowners and visitors alike, were super happy with the way the courts played (except you couldn’t use “the ball hit a crack” as an excuse). The pre-tourney rain washed off a crust of dust from a recent dust storm and left the courts sparkling.

On the women’s side, Lori Robertson, Albuquerque, a 5.0 rated player, won both the Women's Open Singles title and the Women's 45 Singles title, losing only three games in three matches played. There was no Women’s Open Doubles event, but in the Women's 35 Doubles final, the last match of the tournament, Crystal Campbell Messer teamed with local Evelyn Genta, to defeat number one seeds Sabrina Aguilar and Patti Thomas, both of El Paso, 2-6; 6-3; 6-4.

Roswell Exchange: Well, ATA lost the coveted Alien/White Sands trophy to a team of hot shot Roswell players. We’ll be out to win it back next year. 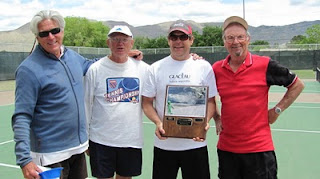 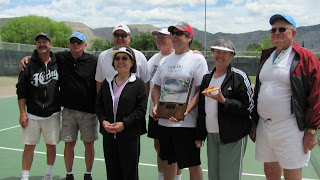 Thanks to Presidents & Coordinators Hot shot Roswell players and one turncoat

May Play Day: 5 courts of players turned out for play day and to say goodbye to Lathams. Sabine & Wolfgang Fahl and Anke Witak hosted. Thanks!!! 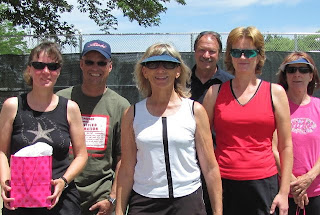 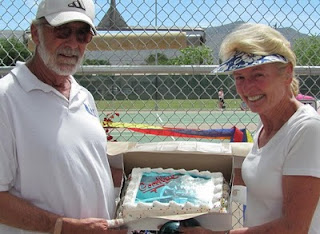 Welcome new members Rick Button! An updated roster is attached to this newsletter for those of you who receive it by email. It includes the latest new members, a few returning members and a few minor corrections. 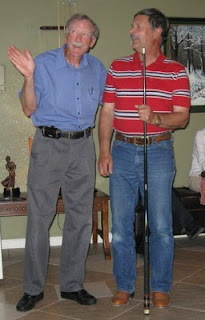 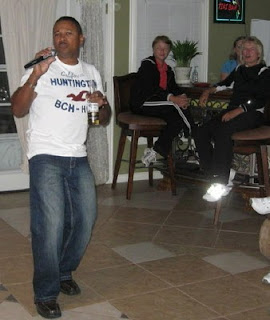