March 3: ATA Board meeting at noon; all members welcome.

April 17-18: ATA spring USTA sanctioned tourney. These dates contingent on courts being completed by that time as expected.

April: Senior Olympics local competition begins; this is a qualifying year for Nationals. Be on the lookout for more info next month or contact Grady Nicholson coordinator.

Court Status: Construction of new courts has begun! In January demolition of courts began with city workers removing fencing and tearing out cracked courts. Renner Sports Service, tennis court specialists, from Denver are now in the process of building new courts. This company built the courts at NMSU, Andre Agassi’s Las Vegas courts, and most recently the Rio Rancho High School courts. They hope to have work completed by March 31, but weather delays can be expected. January rains have delayed 6 working days thus far. Cliff, the Renner foreman, told John White, “I have never seen such a high level of interest from any community in the country.” A ribbon cutting ceremony is planned at project completion. 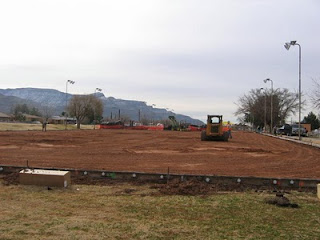 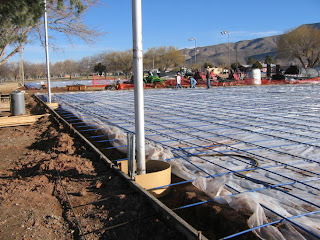 Paul Sanders, Steve Schuster, Dave Bolin, and Neil Bottger played the final sets on the Oregon courts as the fences were being removed around them. Officially, Jan. 5th at 10:15 AM play ceased.

Membership Dues were Due in January. Annual dues remain inexpensive at $15/singles and $29/family. Dues can be given to Neil Bottger or any board member or mailed to ATA, PO Box 684, Alamogordo, NM 88311. Get dues in to avoid $5 late fee.

Interested in Senior League Play??? USTA Sr. League play is starting up this spring. Men and Women leagues levels 3.0, 3.5, and 4.0 are organizing now for players 50 years old and up, and will run from the end of Feb. through April with weekend play. Teams consist of 8 to 10 players, and each player must play in at least two competitions (more is preferable). If enough players are interested, Alamogordo teams can be coordinated, or players can also join in with Las Cruces teams. Registration begins on Feb. 14 with play beginning the end of the month. A $23 fee is required for each player and players must be active USTA members. If interested, contact either John White or Evelyn Genta by Feb. 12, or contact Chantal Spilliaert, SNM USTA Adult League Coordinator 575-541-0514 or cspi26@hotmail.com. 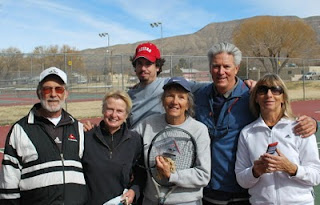 January Play Day was hosted by Pien and Darrell Latham. Seventeen players played on old cracked courts with Sandy Sanchez and Cameron Emmert emerging as high scorers. Next play day will be on new courts!!

Battle of the Clubs was played in Las Cruces the end of Jan. ATA was well represented with 3 teams consisting of 8 players/team participating. The team tennis format consisted of 6 matches per team with total games won determining winners. The ATA 3.0 team (pictured 1st) came away with the 1st place trophy, while the 3.5 & 4.0 teams placed 4th. Thanks to all players and special thanks to Darrell and Pien Latham for organizing our players and to team captains Darrell Latham, Steve Schuster, and Darryl Gallent. 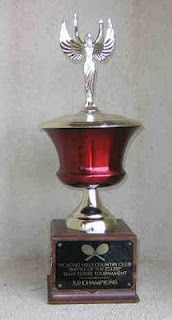 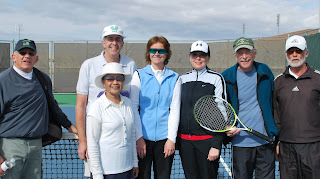 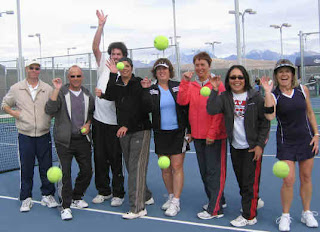 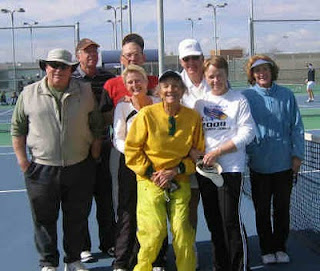