Court Status:
An upcoming bond issue may afford funds to rebuild old courts. The city commission is having a special meeting to consider “quality of life” projects (such as tennis courts) for the bond election. This meeting will be on Tuesday, Nov. 11, at 6:00 at the Willie Estrada Memorial Center. ATA members are strongly encouraged to attend this meeting and show support for rebuilding the Oregon courts. You are also encouraged to attend the regular city commission meeting at 7:30 on Tuesday, Nov. 18th at the City Hall. Steve Schuster will be presenting ATA concerns to the city commission.

2008 Otero Closed Tourney held in Oct. was a big success despite weather predictions. Rains held off and play was almost uninterrupted. Thanks to tourney directors Nell and Grady Nicholson who directed this event, again. 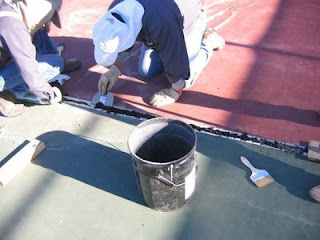 ON THE CALENDAR:
Nov 11: Special city council and town hall meeting; 6:00, Willie Estrada Center
Nov. 18: Regular city council meeting, 7:30, town hall
Dec 3 ATA Board meeting at noon at Margo’s Restaurant. (Note board meetings will usually be scheduled for the 1st Wed. of each month).
Dec. 5: Christmas Party again will be hosted by Ruthven and Sintra Sampath. Mark this date on your calendars and be on the lookout for more info. You don’t want to miss this party!
Dec 6: Play Day, 9:00, hosted by Anke Witak

New Board:
A new ATA board was elected at the annual meeting in November. 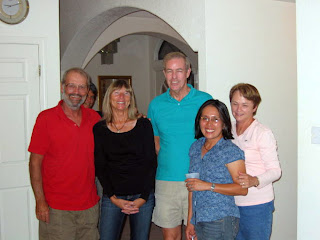 Thanks to outgoing president and vice president, John Genta and Maurice Lopez, for a job well done!

Nov. Play Day was a big success with more than 6 courts of players competing for the big turkey prize. Thanks to Ken Smith for hosting this event—again, and to Nori and Pat Morgan for hosting Nori’s famous gumbo lunch following play.

Linda Gilliland and the AHS tennis team recently received recognition from USTA as a “no-cut school tennis team.” This honor is the result of much hard work by Linda and Carl Jones to include all players on the AHS team. Congratulations!

You can’t ask for a let because of a broken string. Replace your racquet after the point has been played out.
(The Code, Item 44) Tennis Dec. 08
Posted by ATA at 3:19 PM